Start with the upper left exit; jump your way to the upper left and take that hatch to the next water-filled chamber. This path will lead you to a Save Station and an easily obtained Energy Tank. Just fight your way past the first armored piranha with a few charged blasts, climb up the ladder, and enter the hatch on your left to save. Head back outside and continue following this path the right and upward to snag the Energy Tank at the dead-end.

When you've got it, backtrack to the first hatch below the Save Station, and return to the larger room. Now it's time to take the bottom left hatch -- the one just below where you're standing. Doing so will put Samus at the edge of another electrified pool of water. Look up and blast the group of four Fake Blocks above your head, pull yourself up there in ball form, and ignite a bomb to start a chain reaction that will clear the ceiling ladder for Samus to grapple.

Swing your way to the left, blasting any winged creatures obstructing your path. When you get to the platform, drop some bombs to cut a path to the left.

But before you continue down that path, take a quick moment to jump up through the hole in the ceiling. Climb the ladder on your left, and keep pressing up once you're at the top to roll into an unseen crack that leads to a secret room on your left.


Inside, you'll score another Missile Tank. Now, head back down, and keep pressing left. The next room to your left is a vertical shaft that leads up to a Save Station. Upon entering this area, there's a hatch immediately to your left for a room called the "Pump Control Unit. Don't bomb the floor here, unless you actually wanted to jump into that electrically charged pool below your feet. Instead, blast the group of Fake Blocks above and to the right to climb upward.

You'll then need to. On the left ledge, shoot the blocks above and jump to the next level up. Continue this pattern once more, working Samus to the right, up, and then swinging left again. Keep climbing and shooting these Fake Blocks until you finally reach the hatch on the top floor. Step on through to the right and you've earned yourself a save. But don't leave yet! You may notice a small crack on the right wall inside this Save Station.

Bomb it, and you'll clear the path that leads to Serris' breeding grounds. The next room to the right will require a quick bomb to clear the tunnel that leads to the far right hatch. At this point, checking your map will reveal that you're about to enter the lair of the beast. Heading into the next room, you'll find the foul breeding tank of Serris but only a tease of the creature itself in the form of a skeletal corpse.

The tension builds as you exit to the right, climb up the ladder, and exterminate the red eye beast guarding another hatch on the right. Now you're ready to fight Serris. Make your way across the platform in Serris' lair to the far right, and be careful as parts of it collapse around your feet. Find a platform that you feel comfortable on, and get ready to fight the fastest creature that Samus has ever been faced with.

This dragon-like beast will zip around the room at lightning speed, so respond quickly to its attacks if you hope to stay alive. Serris will dive in and out of the water around you, coming at Samus from all sides and eventually knocking you into the water. Keep pulling yourself up to the platforms and firing your missiles as it passes, timing your shots to impact its head whenever possible. Every direct hit will send the creature into an invincible frenzy, so keep jumping high into the air as you wait for it to resume its standard pattern of attack.

It won't take but five or so direct hits to defeat Serris and unleash the Core-X within. And with that, your computer requests your presence back at the Navigation Room for an update. Exit the late Serris' lair to the right, and speed your way to the far right end of the next room. 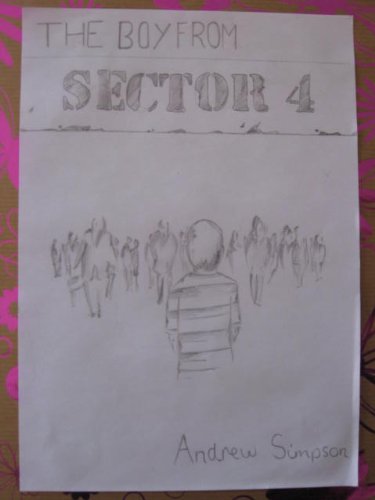 Here you'll bomb the ground at what looks to be a pair of Fake Blocks, but instead, you'll destroy a set of Fake Blocks on your left. Wipe out the spiked enemies down this corridor, move to the far left side, and get a running start back to the right as you speed boost over these Boost Blocks and descend to the level below. You're now on your way back to the beginning of the sector, with a quick detour first. There are two Missile Tanks to collect in this next room.

First, stand in the gap below and to your left to bomb a path leading left. Roll your way left, where you'll need to bomb again to clear out a second chain of Fake Blocks. Doing so will allow you to squeeze into a small nook, where you can bomb again to reveal the first of the Missile Tanks. Next, jump onto the ladder on your right, and fire two missiles directly to the left to create another small tunnel.

Jump and pull yourself into the gap, roll left, and fall down to the next section below. Here, you'll need to run to the right and jump across the gap to the small ledge on the right. Should you miss and fall through the Pit Blocks below, your only chance of snagging the second Missile Tank will be to wall jump your way back up the ceiling hole on the right. Once you're on the ledge, blast the upper-right corner of the wall to carve a path to the second tank.

When you're ready to move on, fall through the Pit Blocks below, and grab a quick save via the Save Station to your right. Finding your way back to the Navigation Room seems simple at this point, but it's actually going to take some effort on your part. Start by running to the left and dropping back into the familiar room with the hanging platforms.

The Navigation Room is just a few rooms to the right of here, but you can't blast your way there just yet. First, you'll need to make your way left again, following the same path you took the last time, until you reach the Pump Control Unit. Once inside, run straight to the left until you speed past a wall of Boost Blocks and find yourself in the control room -- just be careful not to send yourself flying over the edge and into the electrified water below.

I had a genuine feeling that the oppressed people of African descent had worshiped there in all seriousness. It wasn't a white man's church, so that's why I think it felt great there to us punks. I always looked up to and honored the sign of "Ca" chapel and dwelled on it's meaning. It very much felt like we were family- even those with forked tongues, of envy, needing healing, and those who we just met at any given show.


Ecstatic, lasting friendships were formed overnight under the mosquito thrashed street lights and old cracked sidewalks. The outside forces was still "the man". Sons of the south would drive by in a parade of 4x4's, full of pissed off white teen men. We'd look up and both sides would jeer- but mostly our side smiled. I was around the corner coming back from my car when a parade of trucks had just turned on the side street.

Dark, it was tense as the sausage fest of rednecks jumped out of their trucks and started coming towards me.

In their unchecked stupidity, they surrounded and pushed me to the ground. I stayed half up and down as they kicked and punched- i scrapped back. Somehow there was a little kid at the show- probably 9 years or so. He walked around the corner at that time- and for some reason it scared the daylights out of the dipshit crew and they started to leave me alone and group up. When I saw their cowardice- i ran straight back into the crowd and started wailing on the biggest guy i could find- just to get slightly even..

IMO, Sector 4 had one main purpose- to expose the twisted untruths in the world and awaken the truth in people. We had any songs about the anti-Orwellian state- Our songs included protests on endless war in the middle east, the human toll on war, corruption in the white house and government, songs about the founding fathers, the Indigenous peoples of this land, Anti Reagan, Anti Nuclear war, cosmic order, time, space travel, as well as gentle subjects like no revenge and being as true as a Jedi and wise as Yoda.

In the hippy era, there was lots of nonsense songs, same with punk era- but both genres were original, filled with protest and awakening. As the "quickening" in the world became more squelched in, the sound in music's urgency to awaken also vibrated faster. That "fun" with all types of lyrical themes is our punk family celebration. Here we are- a community with a heart, a family. And each show was a family reunion.

For the most part we got along. To know your true allies took communication. The bad apples didn't last in the scene, often moving out of town after leaving sociopath waste behind. In the fight against everything from Darth Vaders to Nazi Feministas- to jam as creative activists- positive vibes always win. Punks not only spit, they spit at shit, and spit out the shit we're fed. Feb '85, we were interviewed by our dear friend Linda Hall for a Flambeu article.

In that interview I sad: "we are striving for a positive peace nation. People in the US are so far gone, we have to sound negative to point out what's wrong. Society as whole doesn't act on love, they act on money". Sad that it's true today. Sector 4 had split up in summer of ' Many bands in the Tallahassee punk scene kept authentic, but I didn't feel the revolution as much.